Sudan: Economy and Military in the Fall of Bashir 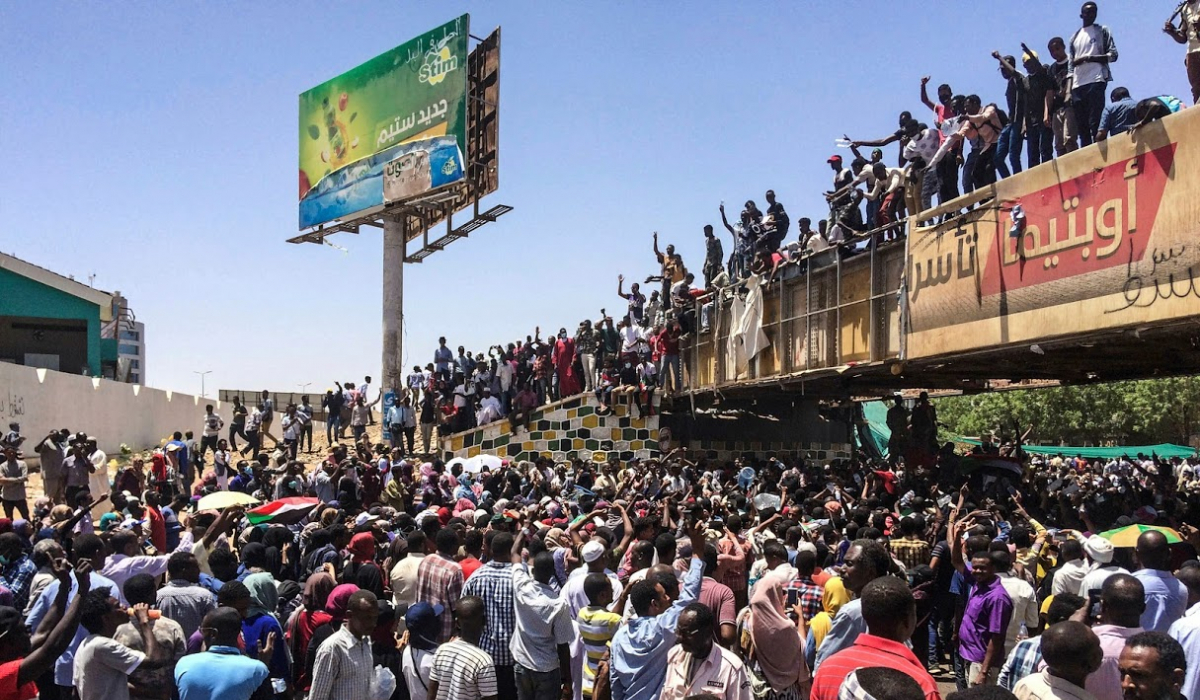 Sudan: Economy and Military in the Fall of Bashir

After thirty years in power, President Omar al-Bashir has been forced from office in Sudan. The announcement by the Sudanese military came following weeks of public demonstrations, which have led to sometimes violent repression. This article looks at some of the economic drivers behind the recent protests, the crucial role of the military in forcing change, and emphasizes caution in the long-term future of Sudan due to legitimate fears that this military coup may lead to continued authoritarian rule.

Sudan has been enduring weeks of protests and government repression since December 2018. Spiralling food prices and falls in living standards appear to have prompted new levels of public outcry, leaving President Omar al-Bashir’s government to utilise their power to quell dissent in the announced state of emergency. This allowed Bashir to use measures allowing for security forces to use live ammunition and tear gas on protestors, as well as arbitrary detentions of people in jail.

Examples have been well-documented by human rights NGOs such as Amnesty International[1]: for instance, the use of tear gas against student protestors in the University of Medical Sciences and Technology in Khartoum, or attacks on medical doctors near Khartoum Teaching Hospital due to suspicions of involvement with the protests.  As of 11th April, the country’s Minister of Interior has said that at least 38 people had died since protests began[2], but others have suggested that this figure is much higher[3].

At first glance, these protests appeared to have a basic short-term goal, one about addressing rampant inequality and lack of access to basic goods and services. However, as protests grew stronger, the current of discontent with Bashir’s administration seemed to grow far deeper. Perhaps emboldened by the relative success of recent Algerian protestors in forcing the resignation of President Abdelaziz Bouteflika[4], protests reached a new climax on 11th April with reports of an announcement by the Sudanese army[5], one that heralded the end of the regime of Bashir, stating:

This seizure of power has been called, or at least appears to be, a military coup, raising the issue of whether the change in regime is in fact a positive step for the Sudanese people, or another example of authoritarianism by other means.

This paper explores some of the key dynamics of the ongoing situation in Sudan. It identifies some of the deeper grievances that protestors have with the Bashir administration, for example; the consequences of economic mismanagement such as the large-scale sale of farmland to foreign investors while Sudanese continue to starve. It is proposed this occurred more frequently after the secession of South Sudan, and the loss of its vast natural resources. These, it is argued, were exacerbated by an over-vast security sector, swollen from a prior need to quell South Sudanese secessionists, who themselves have differing priorities and loyalties. The paper also explores the role of the military, and how some of the regular armed forces have become increasingly alienated from central government in recent years and suggests that this was a key factor in the ultimate step of Bashir’s removal from power.

In December, protests began reportedly in response to a price hike in the cost of living of basic goods and amenities, including the tripling of the price of bread[6]. General economic indicators have made grim reading for the quality of life for ordinary Sudanese: Sudan has an estimated unemployment rate of 21.4% and an inflation rate of 49.56% according to the International Monetary Fund[7]. Yet, somewhat ironically given the dramatic increases in basic food prices, Sudan has one of the largest areas of fertile land in the entire North Africa region, around 200 million acres of arable land, due to the presence of the Nile river. In addition, Sudan’s geo-strategic location, with only the narrow Red Sea separating it from the Middle East region, has coupled to make it a prime country for agricultural production in a region with rising demand for food and diminishing areas for supply[8].

Indeed, some 5 million acres of arable land is in foreign hands, with most of the significant buyers being from all parts of the Middle East and North Africa region. But, due to a variety of political reasons, little of this foreign-bought land was developed through the 1990s and 2000s[9]. These reasons include the 2005 warrant for Bashir’s arrest for war crimes in Darfur by the International Criminal Court[10], and the imposition of restrictive US economic sanctions that were in place until 2017[11]. The latter of which impeded the completion of the 2.2 million-acre Gezira Scheme, which was to be Africa’s largest irrigation project[12].  Additionally, foreign development has been hampered by bureaucratic burdens and corruption, an issue extensively raised by NGOs such as Transparency International, ranking 172 out of 180 on its country Corruption Perceptions Index for 2018[13].

However, since 2011, this move towards foreign ownership and investment of Sudanese arable land has been revitalised under the auspices of the Sudanese government. The reasons for this point towards declining public finances and persistently high expenditure. Figures 1, 2 and 3 have been compiled using data gathered from the International Monetary Fund[14].

The key event driving this decline was the secession of South Sudan in 2011. South Sudan territorially contained a large proportion of Sudanese natural resources such as oil, and was a territory that was decidedly restless requiring a sizable centralized military to keep in check. Now that it is no longer part of the Sudanese state, the government has both reduced income due to loss of oil fields and natural resources, and a bloated military with no further justification for such a size.

Fig. 3 Volume of Exports of Goods and Service (% Change)

Based on this interpretation, in order to decrease government debt and maintain expenditure, Sudan again looked to its neighbours to buy up more land for development. The difficulty here was that there was little infrastructural development in place to achieve this: as previously noted, such projects stalled in the 1990s and 2000s. Consequently, any sustainable returns on these foreign investments was slow. But while Sudan has attempted to slowly develop its agricultural sector[15], the government necessity for revenue persisted and increased more short-term funds from its domestic population through taxation. This may partially explain the price rises in basic goods. For an already impoverished population, who have seen much of their domestic land be sold to foreign investors, this may have been a bitter pill to swallow.

The Role of the Military

However, this alone cannot explain the protests. We can again look to history to see that Sudan is a country with a history of popular uprising and overthrow of government; for example, civil uprisings forced a government change in both October 1964 and April 1985[16]. This history of public activism and discontent demonstrates a willingness on the part of citizens to rebel against their government. But an important question persists: why now? Why did these new protests result in something so drastic? A clear explanation here is the diminished loyalty by some within the military.

As discussed earlier, the Sudanese military is very large, in part due to years of conflict with domestic regions such as Darfur, and previously South Sudan.  Prior to the cessation of South Sudan, these soldiers had a clear mandate, and a relatively stable source of income. And while both were challenged after 2011, as we can see in Figure 4, at least for 2015-2017, the military continued to be a significant area of government spending.

More recently since 2017, even the military has been affected by some levels of state prioritisation. For instance, the government has increasingly prioritised certain branches of the security sector outside of the regular military structure, such as the National Intelligence and Security Service and militias known as “Janjaweed” over much of the regular military[18]. The loyalty of these differing branches of the security sector seems to be different across the country[19]. Thus, it is unsurprising that there has been reports of protestors being protected by some military units in their barracks, while different security sector forces have exchanged fire with each other[20].

Democratic Change or Another Coup?

What are the prospects for Sudan? Clearly, the protesters who have pushed for greater administrative change have accomplished something significant. Only time will tell for how comprehensive such a change in the Sudanese authorities will be. President Bashir, for his part, had public backing and significant support from many regional powers, which went beyond normal international alignments. There have been few voices in the Middle East[21] who have wanted Bashir to stand down, and in some cases, they have capitulated on their support for the Bashir administration. Perhaps this support has been based on ensuring regional security stability.

Recalling the fates of both its former territory of South Sudan and its neighbour Libya, there is a real fear that instability in Sudan could continue and grow to something much more damaging. But, this discord in rhetoric and priorities between international regional partners and the domestic Sudanese domestic population is equally striking. The BIC calls upon all international and regional partners to support the people in their calls for democratic transition and democratization in Sudan to ensure that the pending change is in the best interest of the Sudanese people. It is essential that the next leaders of Sudan both protect their citizens’ basic human rights, and facilitate an urgent economic recovery plan to regain their trust.

Finally, while activism seems to have forced the fall of Bashir, it is important to not to prematurely celebrate victory as the situation develops. In both 1964 and 1985, both popular overthrowals of government in Sudan were quickly capitulated into coups that reinstated authoritarianism by a new regime “face”, Bashir himself was installed following the popular uprising of 1985. Real democratic change and development cannot be imposed by the military and must be the result of a process of a country’s citizens. The BIC urges Sudanese authorities, including military leaders, to foster a calm and peaceful environment for a true democratic process to take place, and to guarantee that the next head of state prioritizes the people, and not the state’s own interests.

[3] Human Rights Watch, as of 9th April, have estimated over 70 people have been killed: https://www.hrw.org/news/2019/04/09/sudan-protesters-killed-injured

[6] See Foreign Policy for a more comprehensive information on the recent economic restrictions on Sudanese, including restrictions on ATM cash withdrawals: https://foreignpolicy.com/2019/01/09/this-is-the-uprising-sudans-genocidal-dictator-always-feared/

[12] A report by The World Bank shows how the efficiency of the scheme was hampered my mismanagement in the late 1980s and 1990s: http://documents.worldbank.org/curated/en/377141468778504847/The-Gezira-irrigation-scheme-in-Sudan-objectives-design-and-performance

[15] For instance, see the 2016 initiative between The World Bank and Sudan: http://www.worldbank.org/en/news/press-release/2016/05/16/the-world-bank-group-and-sudans-ministry-of-agriculture-launch-the-2016-enabling-the-business-of-agriculture-report

[17] Stockholm Peace Research Institute, (2018). SIPRI Military Expenditure Database. Available at: https://www.sipri.org/databases/milex. Figures include military, police and security services. Data between 2009-2014 is unavailable, and the % of GDP figure for 2018 is an estimate provided at the time of the data’s compilation, and thus may have reduced accuracy.

[19] Others have suggested that a crucial problem in Sudan is the lack of a unifying identity across the country due to the country’s diversity, which may also have contributed to fractures within the military institution: https://www.foreignaffairs.com/articles/sudan/1995-05-01/fundamentalism-power-sudans-islamic-experiment 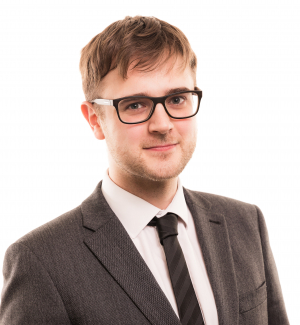